As you might remember from those wonderful school biology lessons, the heart isn't just one pump, but really two pumps side by side. The right side of the heart receives blood returning to the heart from the body and pushes it through the lungs (pulmonary circulation) where it collects oxygen. It returns to the left side of the heart via the left ventricle before being sent back on its way around the body along the aorta – being given a strong push by the muscular and larger left ventricle.

The valve has two flaps. Tendons attached to these flaps  keep them taut and stop them folding up into the upper chamber. 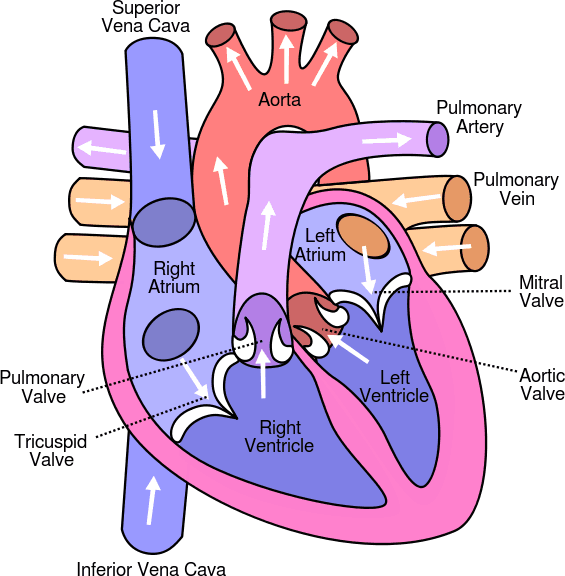 If the mitral valve becomes 'leaky' or fails to open fully, then the heart becomes less efficient. The muscles then have to work harder to achieve the required circulation. If the problem is severe, it can lead to heart failure where the heart is just not pumping enough blood to support normal activities.

The two most common mitral valve problems are:

Mitral regurgitation or mitral incompetence – where the mitral valve fails to make an adequate seal and there is a backflow of blood through the valve, often as a result of a problem called  mitral valve prolapse (where one or both flaps have become floppy and don't close tightly). Symptoms include tiredness, shortness of breath and palpitations.

Mitral stenosis  –  where the valve doesn't open as wide as it should, meaning less blood can get to the body. The upper heart chamber swells as pressure builds up. Blood and fluid can also collect in the lungs (pulmonary edema), making it hard for you to breathe. 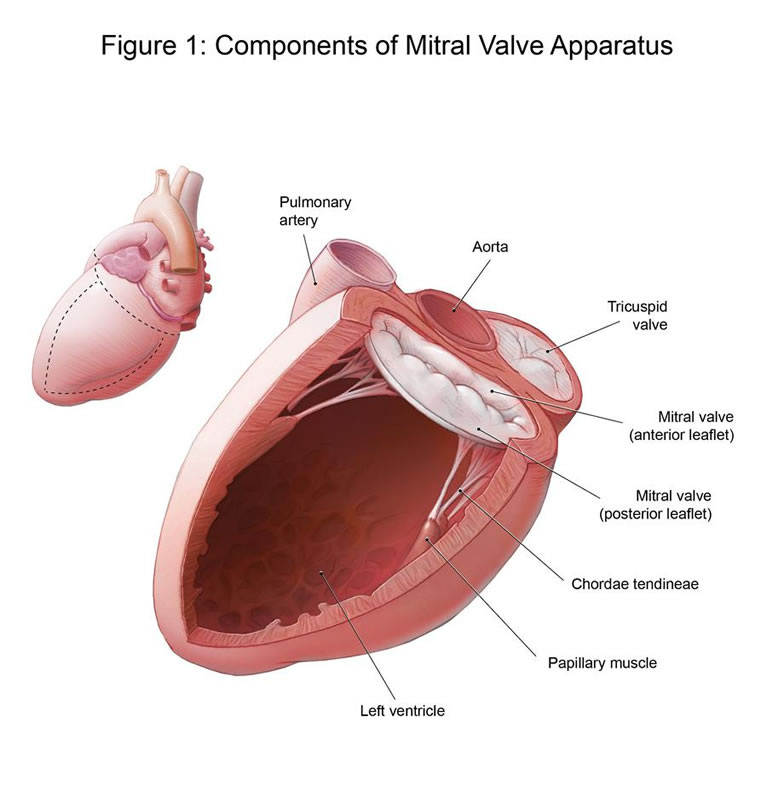 The most common cause of mitral valve stenosis in adults is  rheumatic fever, which can occur five to 10 years before the heart valve problems begin. The fever causes the valve to become inflamed and over time they become scarred, rigid and thickened.

Mitral valve stenosis may not cause any symptoms at all, but common warning signs include shortness of breath and palpitations due to an abnormally fast heart rhythm (atrial fibrillation).

Mitral valve repair involves the insertion of a ring around the valve (annuloplasty) to counteract problems due to stretching, the surgical removal of loose segments of valve "leaflets", the suturing of leaflet components or the attachment of artificial cords to the leaflets to re-establish control of the valve's action. Conventionally, the surgery is performed with a "median sternotomy" or a 7-8 inch incision to allow access to the heart. Minimally invasive surgery is also possible, either with a small incision (keyhole surgery) or performed entirely endoscopically.

Mitral valve repair is performed on patients whose mitral valves are damaged, but not severely enough to require replacement. Sometimes people are born with a defective mitral valve, a condition known as congenital mitral regurgitation, but they can also develop in adulthood.

Possible reasons for a mitral heart valve to become regurgitant or stenotic are degeneration, bacterial endocarditis and rheumatic fever. However, the majority of cases are due to degenerative valve disease, where over time the "leaflets" of the valve can become weakened or the chordal apparatus of "heart-strings" lose their ability to control the valve's action.

What are the symptoms?

The primary symptoms of a weakened mitral valve are shortness of breath, dizziness, tiredness, and palpitations due to atrial fibrillation (an abnormally fast heart beat). Mild mitral valve stenosis or regurgitation generally does not produce any noticeable symptoms, and does not require surgery.

How is it diagnosed?

A need for mitral valve repair can be discovered through echocardiography (ultrasound of the heart performed when symptoms occur and a heart murmur is discovered.

Are there alternative treatment options?

If surgery is deemed to be inappropriate, symptoms of a damaged mitral valve can sometimes be managed through beta blockers and medications known as angiotensin-converting enzymes. Some mitral valve repairs can be performed through a technique known as a percutaneous mitral valve repair, which involves passing a catheter through a large vein and clipping or sewing the two mitral valve leaflets together without the need for surgery. This is not as permanent as surgery and usually reserved for those who are high-risk for surgery or unable to have general anaesthetic.

Mitral valve repair is a common and well understood type of cardiac surgery, and is therefore relatively safe and rarely results in major complications. It is performed under general anaesthetic.

Success rates vary depending on the underlying complexity of each case, but around 90% of patients need no further surgery in the next 10 years, and the surgical mortality rate is 1% or less.

Recovery depends on the health and age of the individual, but a full recovery may take up to 4-6 weeks, with most people returning home one week after their operation. There will be a single scar on the chest area. There are limitations on heavily lifting and driving for up to six weeks after the operation, less so for key-hole surgery.